Story Titles and coming up with ways to tell a story

Story Titles and coming up with ways to tell a story

Hello everyone! I believe I mentioned this in my earlier thread called:
"Troubles with Storytelling and Advice on How to Solve your Problems."

This is for Newbs.

For those of you who do not know I am going to explain it to you.

Have you ever wanted to come up with a nice story title that will attract alot of attention to you?

Well, here's my way to come up with a title that should help you on you way.

Newspapers:Newspapers have always been around since the dawning of time, in many different forms or another, they are a good source to find names for your title. Look in the Classifieds, they have a good range of names of places to visit, Company names to do business with, name of cars that private dealers are selling, or car companies. You can go to different sections of the newspaper to find word and names that you could use to make for your title.

Your local bookstore: You can always go to those store to browse the book sections, magazine sections, toy sections, or to the cafe to find a name or word that you like for your title.

The Internet: As long as you don't get distracted here, everything will be alright. With the internet being the easiest gateway for words and names. Wikipedia is a great source for titles for your game. History, culture, titles people held, and the name of activities that people did.

Now since, you have the general idea on how to go about doing this, now the next step is to combine those words.
For example: Knights of Olympus, I know I know, what you're thinking. There where no knights during the time of Greece and the Gods. But it's your game right? In your game(your story) you set your own rules for that universe.

Here's some more: Now these titles can be as "bizarre" as you want them to be. Like: Candleman and the "Treasures of the Anointed Castle" Now you might be thinking, what in the heck kind of name is that and what does the word Anointed have to do with a castle instead of a person?It doesn't have to be a person, this is the Merriam Webster Dictionary definition depending on which one you prefer. Candleman? What does that name have to do with i?
Probably because he likes to use candles for means of self defense.

Anointed
1
: to smear or rub with oil or an oily substance
2
a : to apply oil to as a sacred rite especially for consecration b : to choose by or as if by divine election; also : to designate as if by a ritual anointment <critics anointed the author as the bright new talent

Now you just need to find those words and titles and combine those two together to form a unique title for your game.

Next, you can form a story around that title. Like Candleman and the Treasures of the Anointed Castle. (I'm not working on this title, but you folks can have this name if you want it.

Example premise: In a world were fantastic adventures were highly spoken of. A young mysterious nature spirit named Candleman hears of local folklore of a castle that had been anointed in ancient times. He hears rumors and tales of monsters from a different world that dwells within the castle that roam the halls. The young Nature spirit fascinated by the local stories, embarks on a quest of curiosity to the ancient castle and soon discovers a secret bloodline that's tied between him and the castle.

See? That easy! In this game, he uses magickal candles for self-defense. His nickname came from his magickal performance in his hometown.

Now you can do the same and form your stories around your titles and if you're in need of ideas, these are good examples
of resources to look to. 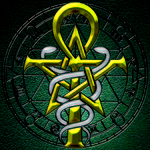